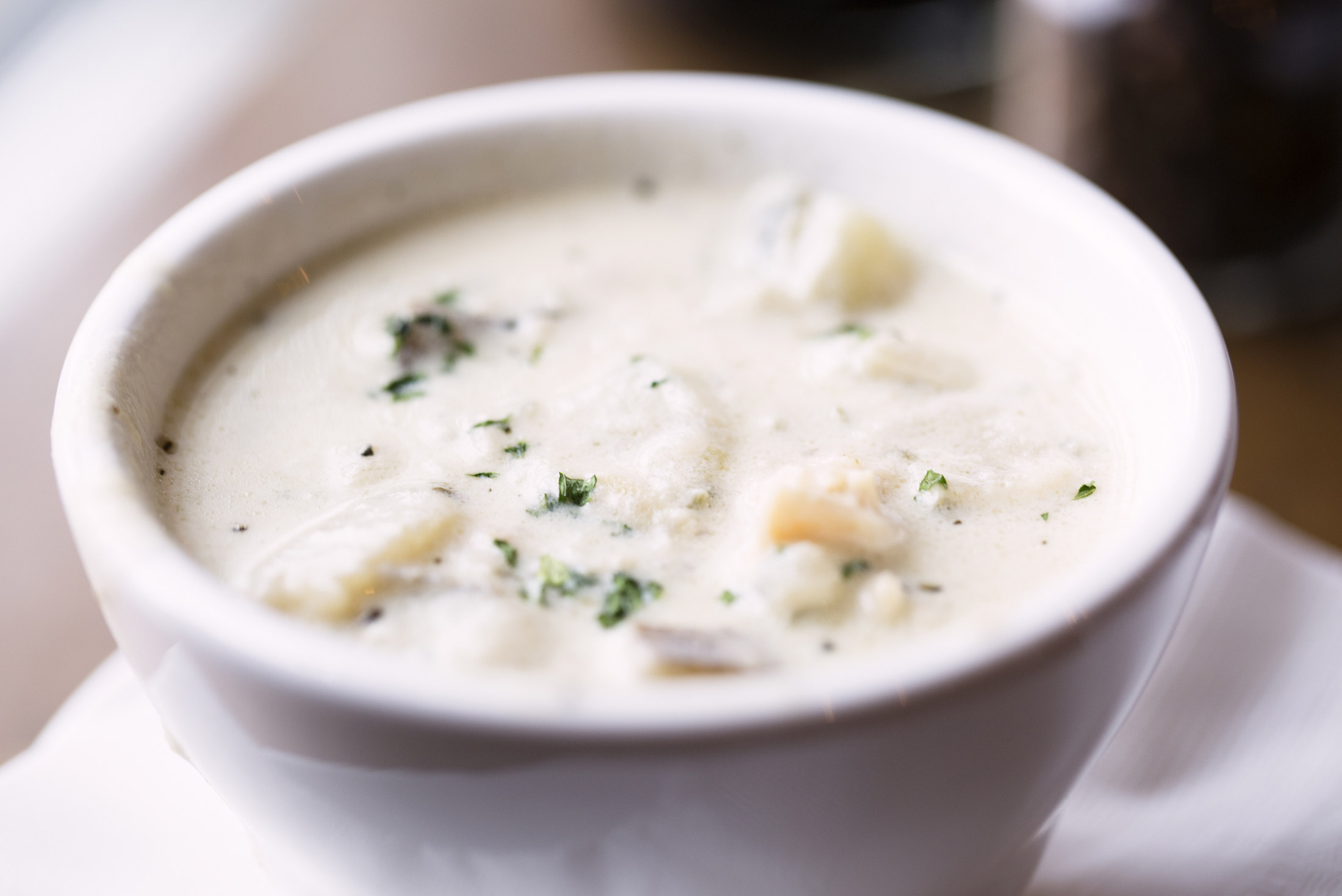 On a cold fall day, few things can warm our insides better than a cup or bowl of creamy clam chowder. The tomato-based chowders, called Manhattan style, are all fine and good. Here, in the Northwest, creamy New England-style chowder is our gold standard, with bits of smoked bacon added for that extra oomph of flavor that’s signature to our region.

But first, the clams. The Pacific Northwest is known for its razor clams, which are most commonly found on our beaches in Oregon. Tricky to catch and quick to dig deeper when pursued, they are meaty and succulent when cooked in chowder. Other varieties that local clamdiggers will find are bay clams, which include butter, littleneck, gaper and cockie varieties, purple varnish clams, or others like softshell and piddock. All are lovely and flavorful in chowders.

Lucky for The Fireside Motel visitors, several restaurants in the Yachats area, as well as points farther north and south (Visit the Oregon Coast), serve delicious chowders, so make time to sample some of the fare during your stay with us and throughout your coastal travels. (Chowder is also an excellent take-out order to enjoy in your room at The Fireside Motel!) Usually, restaurants will list on their menus the kinds of clams cooked in their chowders, but if not, it’s perfectly fine to ask the chef if you’re curious about the chowder’s ingredients. Bon appétit!

We mention only a few of the many restaurants in Newport that highlight clam chowder on their menus:

We mention only a few of the many restaurants in Florence that highlight clam chowder on their menus:

Best Places to Eat in Yachats