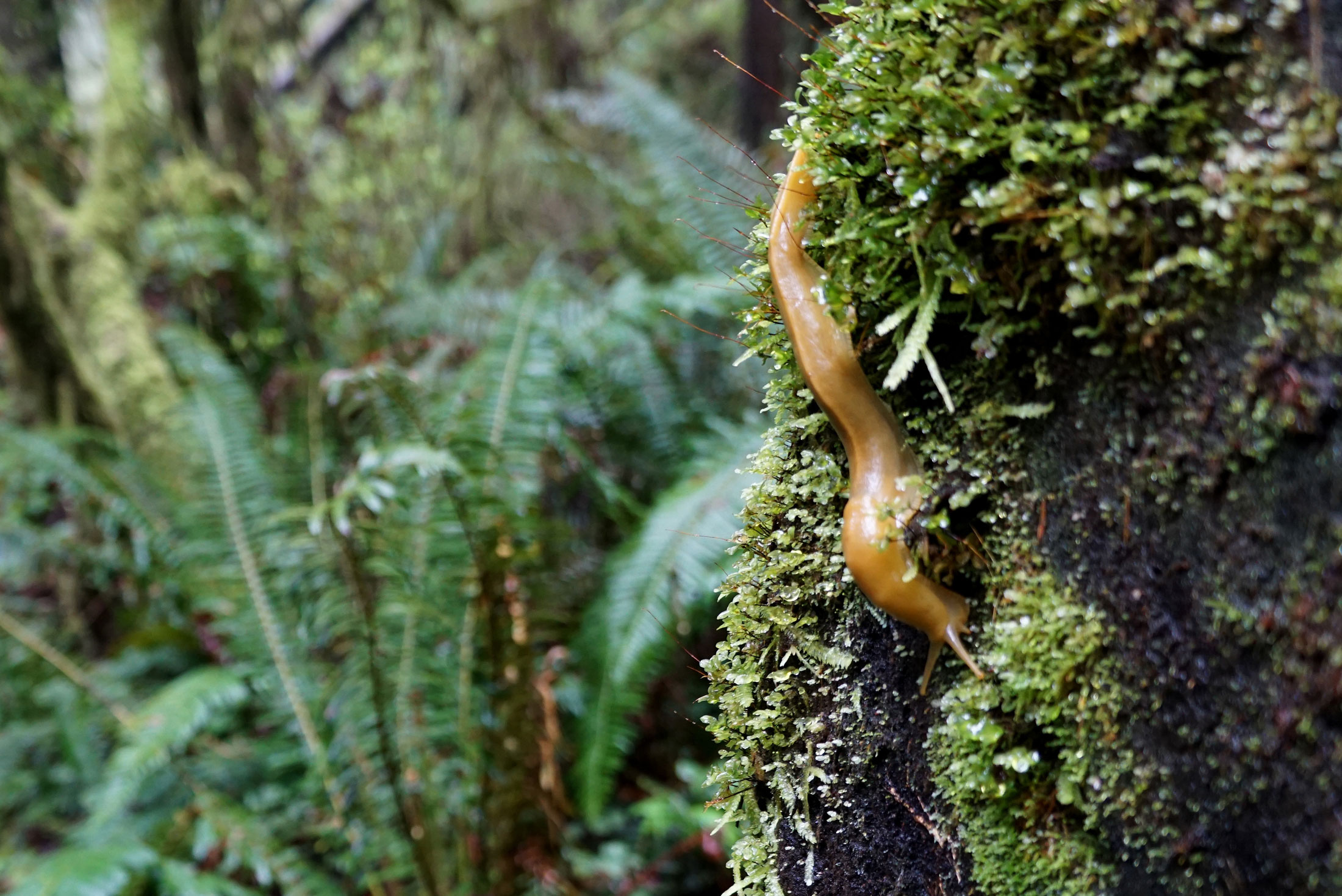 Walking along any trail in the Oregon coastal forests, especially during the rainy season, hikers are bound to see them tootling along the path at six and a half inches per minute: banana slugs.

Specifically, the Pacific banana slug – or Ariolimax columbianus, scientifically – is the most common resident gastropod of Oregon’s dense and moist forest floors. They are native to the Pacific Northwest, but their habitat ranges from Alaska to central California.

Named banana slugs for their signature bright yellow color and their shape, just like the fruit, these slimy creatures – the largest land mollusks in North America – can also be olive green, reddish brown, gray, even white and often spotted, here in Oregon. Among several factors, such as diet and age, a banana slug’s colors are also dependent on moisture and light exposure, two things that vary greatly depending on the season. Diet and moisture also affect a banana slug’s size, some of which can reach 10 inches in length and up to a quarter pound in weight!

In its seven years of life, give or take, the banana slug spends a lot of its time eating decomposed animal and plant matter. By doing so, they help their ecosystem by excreting nitrogen-rich fertilizer, good for plants on the forest floor. They also spread the spores of mushrooms, one of their favorite foods.

During dry or drought periods, banana slugs will estivate, that is, secrete a thick coat of protective mucous around their bodies and then bury themselves in debris to wait until the environment becomes moister. They won’t emerge again until environmental conditions favor their survival.

Mucous, or slime, is a critical component for banana slugs, helping them to breathe efficiently, to move and to take in water. The slime acts as a lubricant and an adhesive – hence, they can climb up trees. Pheromones released in the slime attract other slugs for mating, and the lubricant also is said to numb the tongues of predators such as garter snakes and salamanders.

Of its body features, this gastropod (the word means “stomach-foot”) has only one lung and moves by contracting muscles along its underside in tandem with its secreting slime. Of its four tentacles, the top two detect light and movement, while the lower two are for smelling and feeling. If damaged by a predator or by accident, the tentacles will grow back.

Although banana slugs are not poisonous to humans, they will wreak havoc on your vegetable garden if your garden is within its path. But out in nature, on the Oregon trails and in the forests, these delicate creatures deserve our admiration. Slow down and inch along for a while, taking in their deliberate, measured purpose in life. 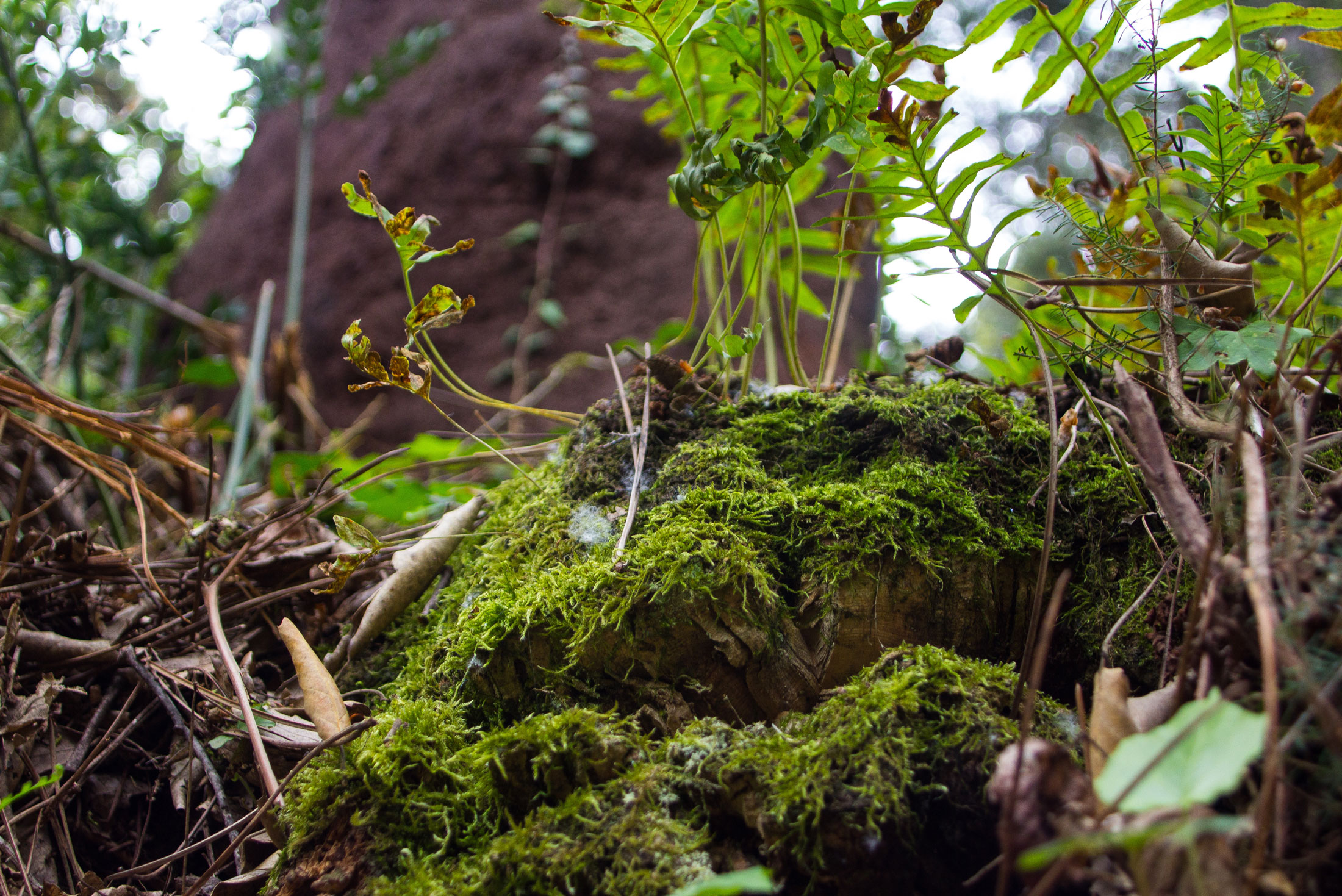 Beautiful wildflowers are gems of the trail

Best Birding on the Oregon Coast